Epilepsy: So Much More Than Seizures

When you hear "epilepsy," you might think of what you have seen on TV or in a movie. A convulsive seizure, someone falling to the ground and shaking. But anyone who lives with epilepsy – day in and day out – can tell you it is so much more than that.

For starters, convulsive seizures are not the only type of seizure. Someone could be experiencing absence seizures hundreds of times a day without you even noticing it. And beyond seizures? There are so many more symptoms and complications that people with epilepsy are battling on a daily basis.

To learn more from those living with epilepsy, we conducted our first Epilepsy In America survey. A total of 415 people with epilepsy completed the survey and shared their experiences.

Problems with memory are common, with 88 percent having experienced memory difficulties due to epilepsy. As 1 respondent said, "I feel mentally not on the same level as others or I'm possibly getting corrected in my speech and more forgetful in my brain."

That foggy feeling was expressed by several people with epilepsy, and 1 in 4 ranked memory loss as the No. 1 thing that makes them feel nervous or anxious about their condition. About 14 percent of respondents also reported having a learning disability. 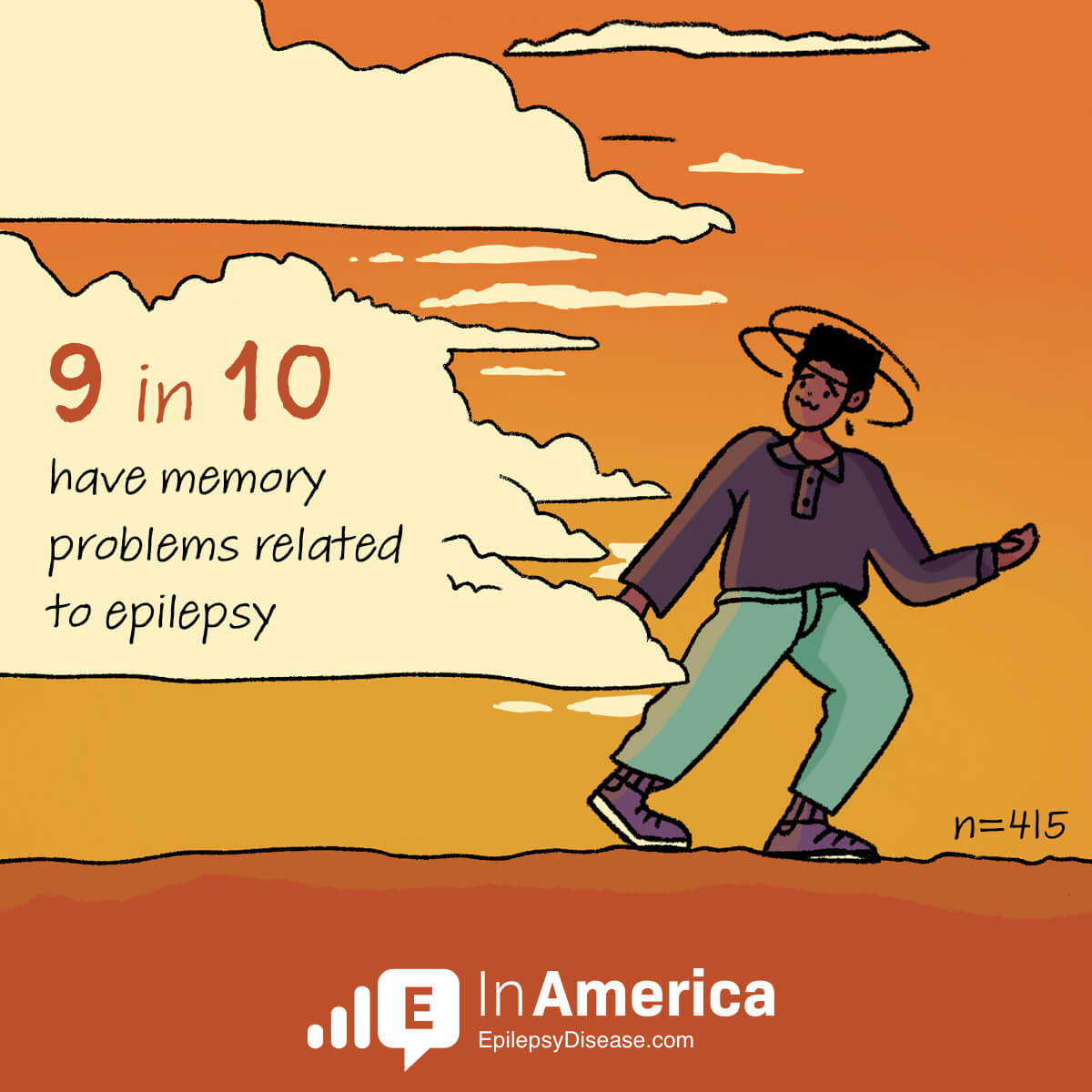 For many people with epilepsy, taking medicine is a part of daily life. And while the right meds can help them stay seizure-free, they are still battling side effects – from those that impact everyday life to potentially more serious ones.

Respondents said their side effects have included:

As 1 respondent shared, "I feel overwhelmed and less than myself on these medications. I’m embarrassed and feel like a burden on society."

Long-term safety is also a concern, with 50 percent of respondents saying they are interested in topics on the long-term effects of epilepsy drugs. 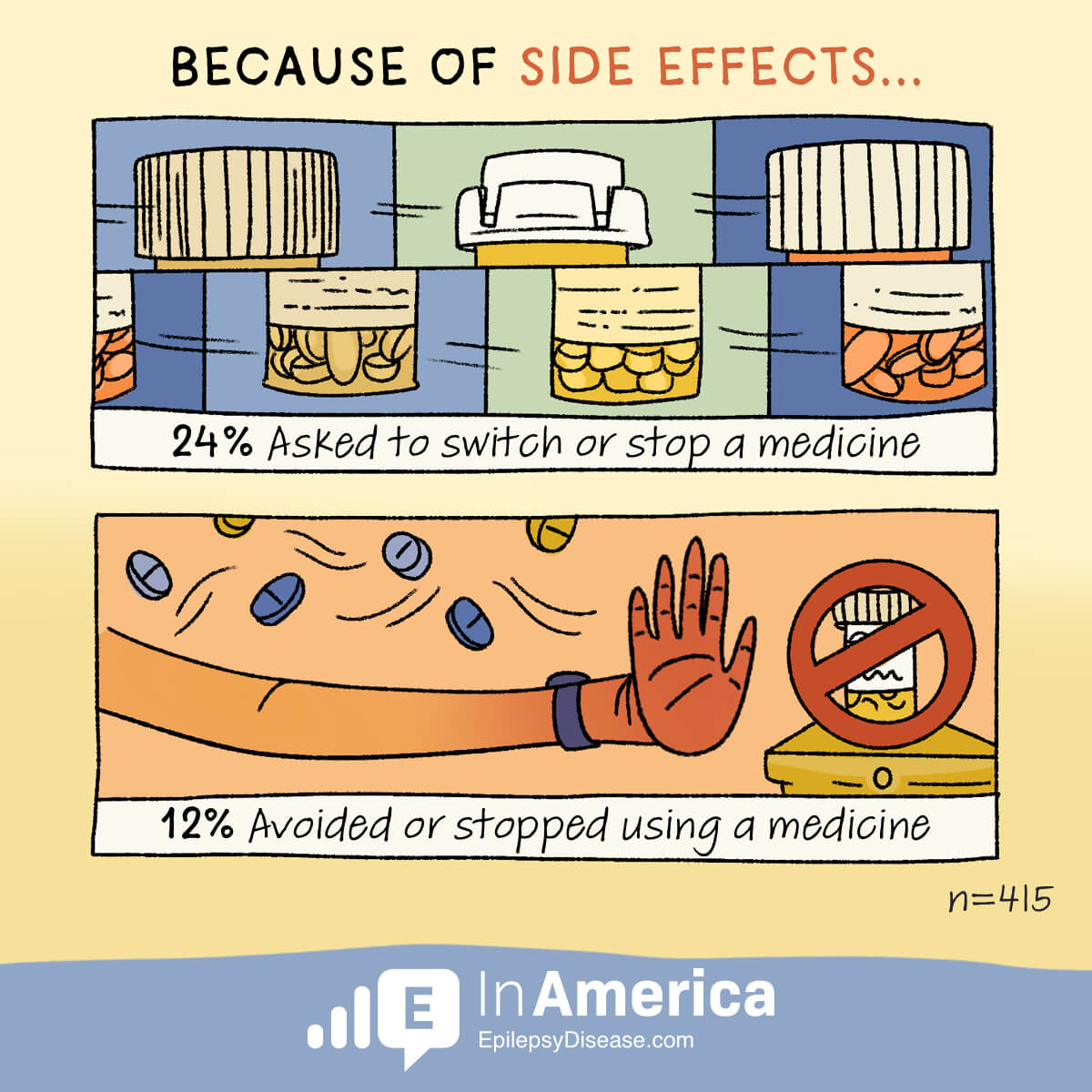 Many people with epilepsy also struggle with mental health conditions. More than half of respondents have been diagnosed with anxiety or depression, and 9 percent have a mood disorder such as bipolar disorder or borderline personality disorder.

Improving mental health and emotional support is a topic of interest for 46 percent of epilepsy respondents with 45 percent using Facebook support groups to connect with others living with epilepsy.

As 1 respondent said, "Connecting with others that have gone through something so similar [helps] you from feeling so isolated, when epilepsy is something that is already very isolating on it’s own." 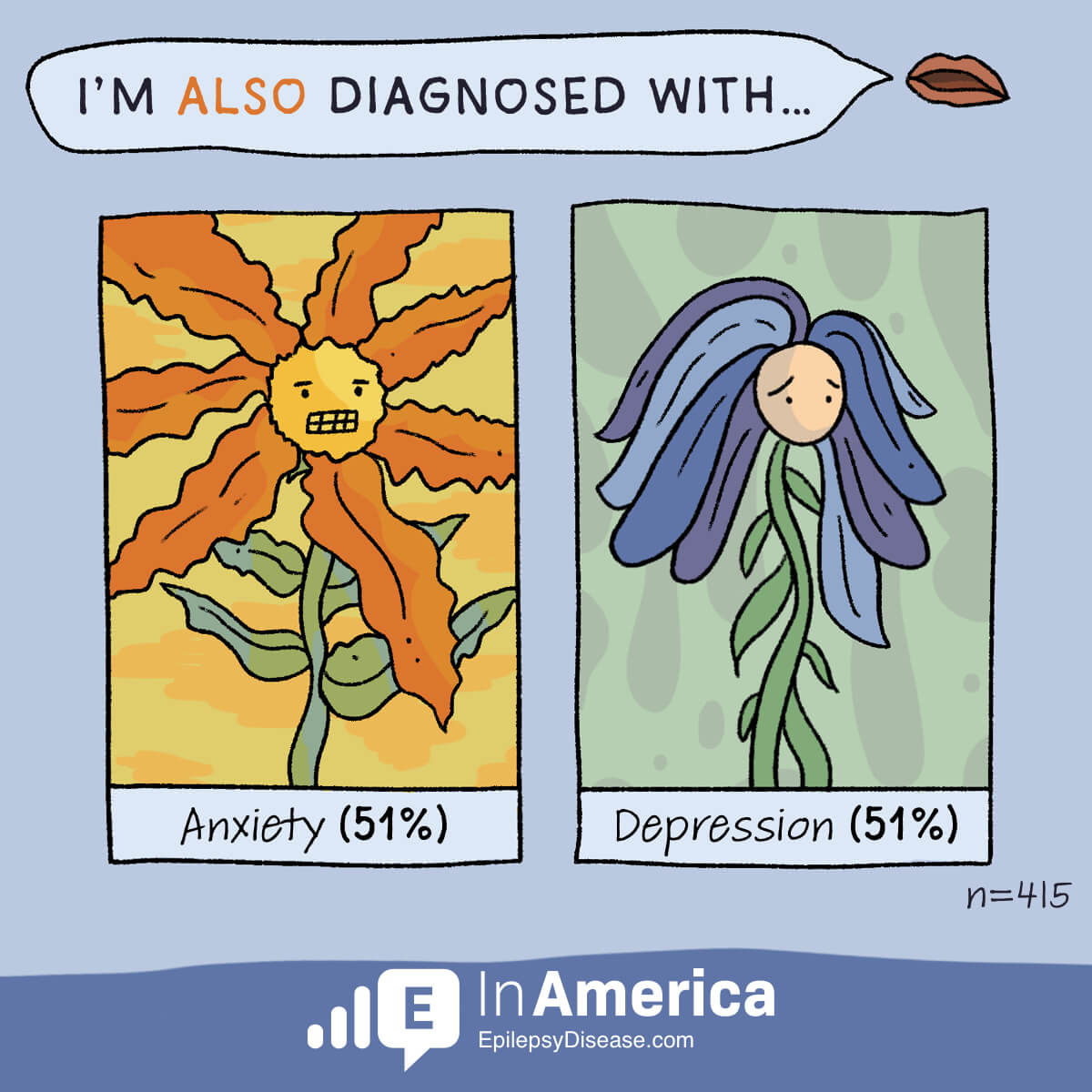 In addition to epilepsy, many respondents are also managing other health conditions, including:

Only 15 percent of respondents indicated they have no other health condition besides epilepsy. 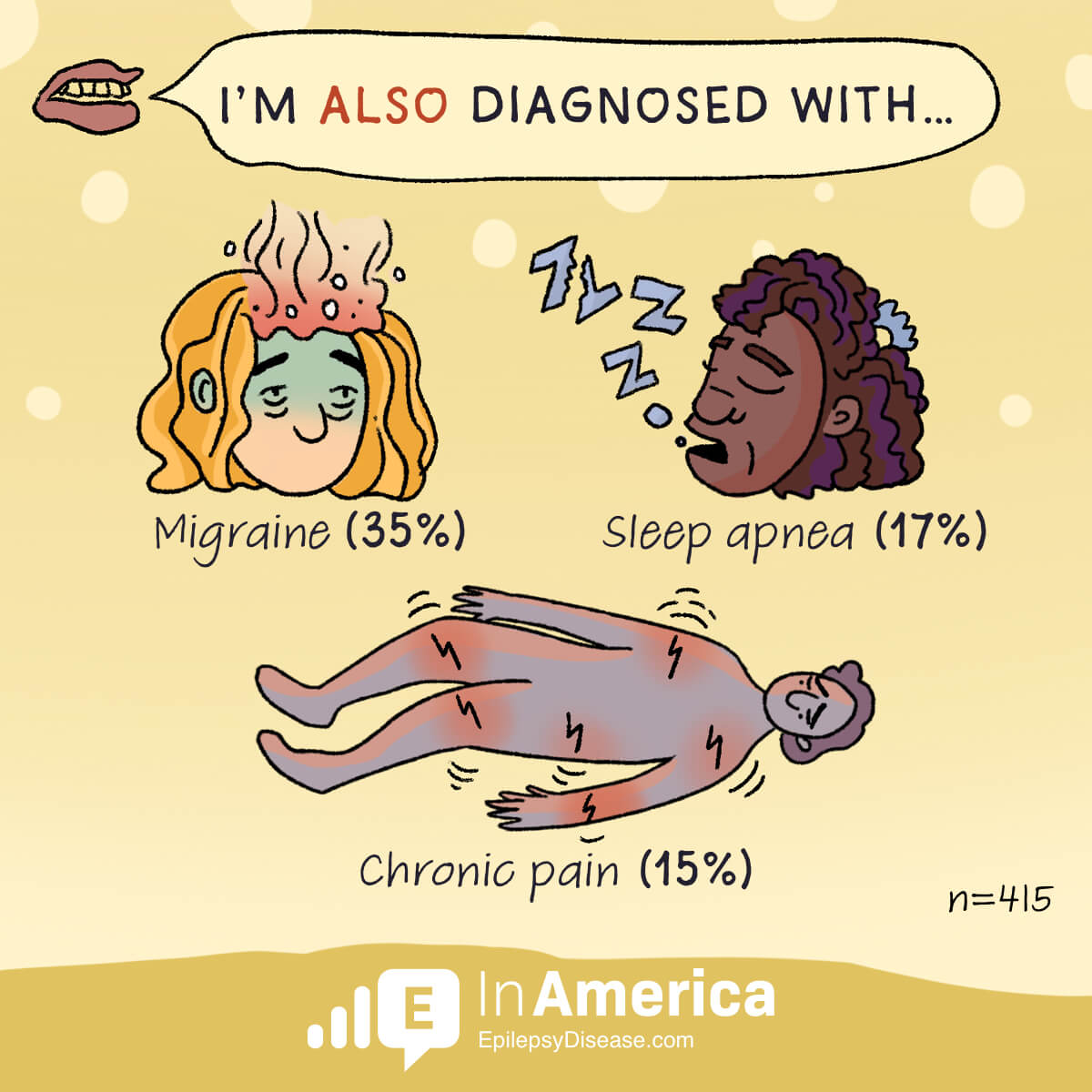 For many respondents, epilepsy has a huge impact on their life and relationships, sometimes leaving them feeling misunderstood. As 1 respondent said, "Friends left, have gotten made fun of by family."

For 49 percent, understanding and explaining epilepsy is an important topic of interest. Likewise, only 56 percent said the people in their life would know how to properly react when they were having a seizure. 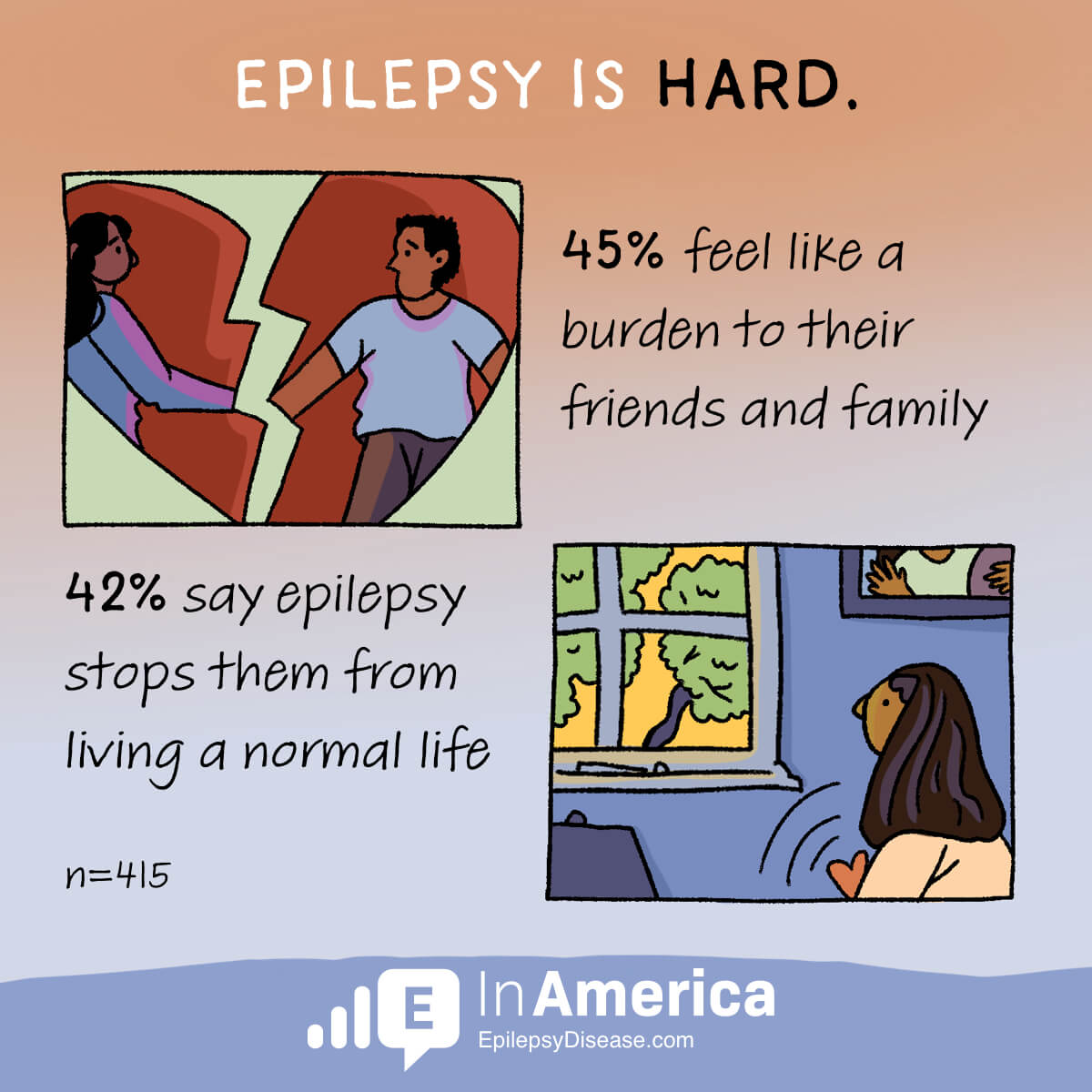 The 2021 Epilepsy In America Survey was conducted online from June through August 2021. The survey was completed by 415 people.

Is Epilepsy a Disease or Disorder?

2 comments
This article represents the opinions, thoughts, and experiences of the author; none of this content has been paid for by any advertiser. The EpilepsyDisease.com team does not recommend or endorse any products or treatments discussed herein. Learn more about how we maintain editorial integrity here.

Are You Familiar With the Term ‘Seizure Phobia’?