I got diagnosed with epilepsy when I was 1 and an half years old. I am still dealing with seizures and I am almost 36 years old. It has impacted me a lot, I had grand mal seizures during and after both pregnancies for years. Before that I had petit mal seizures that just effected my right leg and it would shake and make me look like I was limping as I walked.

Currently my seizures make areas of the right side of my body go numb. Sometimes it's just my right foot and leg going numb, other times it will spread from my right foot all the way to my throat and make it hard to swallow anything including water. Epilepsy has made me have to miss work at times due to the severity of the seizures. When I had grand Mal seizures I would have to miss work due to the pain and the inability to focus due to brain fog that I experienced the day after. Despite all of this even after grand mal seizures I have always made sure my children have been taken care of.

Epilepsy is not easy

Epilepsy is not an easy disorder to live with and it has impacted my life in so many ways. I also have one living uncle on my dad's side who is fighting epilepsy, and 2 uncles who had been fighting epilepsy before they passed on his side of the family as well. I do not consider epilepsy a weakness as it has helped shape me into the woman I am today. I see epilepsy as something that, despite all the tests, medications, and difficulties, has made me unique and helped make me stronger just like other struggles I have had throughout my life. Epilepsy isn't easy at times, but it really has made me into the woman I am today especially since having it almost my entire life. 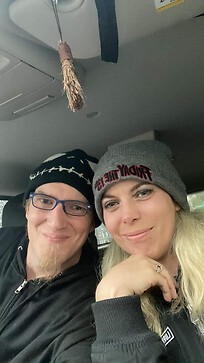 Seizure Recovery: Who, What, Where, When, Why?

When Nothing Works to Control Seizures

2 comments
This article represents the opinions, thoughts, and experiences of the author; none of this content has been paid for by any advertiser. The EpilepsyDisease.com team does not recommend or endorse any products or treatments discussed herein. Learn more about how we maintain editorial integrity here.

What is the most useful part of this online community?