What Are Neuromodulation Devices?

Anti-seizure medicines do not always control someone’s epilepsy. Sometimes the side effects of these drugs cause significant issues. Or, a combination of multiple drugs simply is not enough to achieve seizure control. If drugs and epilepsy surgery are not possible or have not helped reduce seizures sufficiently, neuromodulation devices may be an option.

There are 3 main types of devices sold in the United States:3-6

Each of these devices works slightly differently and is implanted during surgery. Some are more visible, while others are easy to hide under clothing or hair. One part of the device is implanted under the skin below the collar bone or on the skull. Wires run under the skin up to the problem area of the brain. Most people do not feel the electrical pulses.3-6 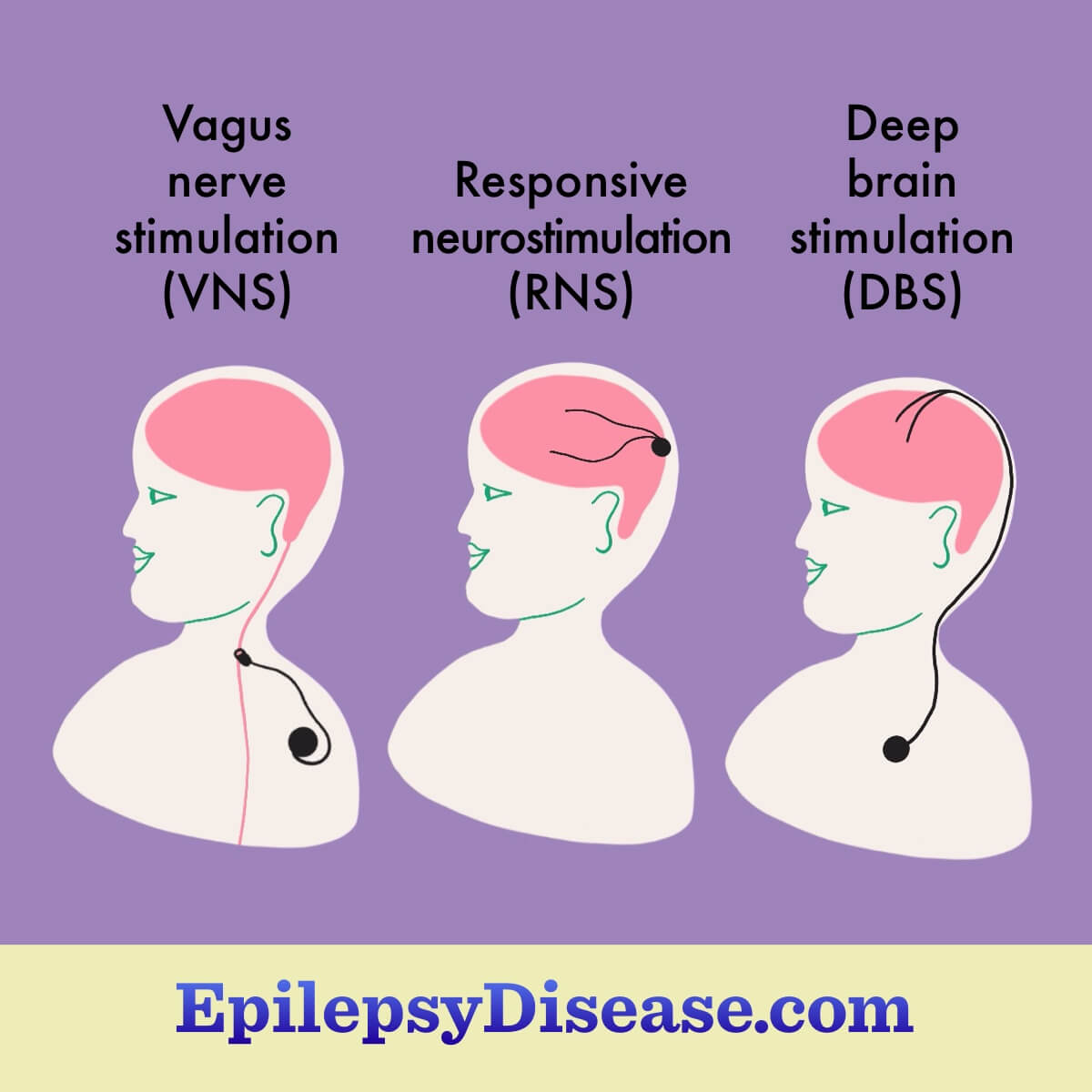 Vagus nerve stimulators (VNS) work by stimulating the vagus nerve, a large nerve in the neck and chest that comes from the brain. Stimulation from the VNS sends signals to the brain that can prevent seizures. VNS is are generally prescribed for focal onset seizures. These seizures occur in a small part of the brain, and the person remains aware. Some studies have found VNS devices work for generalized epilepsy too. VNS is approved in the United States for use in those ages 4 and older.2,3

A vagus nerve stimulator is battery-powered, similar to a heart pacemaker. The electrical signals it sends out are adjusted as needed to stop seizures.3

In addition to controlling seizures, a VNS may improve quality of life, mood, and daytime sleepiness. The most common side effects of VNS include:3

These are not all of the possible side effects of a VNS device. It may not be an option for people with certain heart conditions or severe sleep apnea.3

Results of VNS can vary greatly. Some people have dramatically fewer seizures. Others have only moderate success in reducing the number of seizures. More research is needed to better understand which people most benefit from VNS.2,3

Responsive neurostimulation (RNS) is available for people 18 years and older and those with drug-resistant epilepsy. RNS may be an option when epilepsy surgery is not possible or has not worked. RNS works by monitoring brain waves at the site of seizures and quickly detecting abnormal electrical activity that can lead to seizures. If this happens, electrical stimulation is released to prevent seizures.2,4

RNS may be used for several types of seizures:2,4

RNS devices are placed outside the skull and have wires that connect to parts of the brain where seizures are thought to happen. The device cannot be seen, and its stimulations cannot be felt. Common side effects are pain around the implant site and headaches. In studies, RNS reduces seizures by 50 percent after 2 years and 65 percent after 6 years.2,7

Deep brain stimulation (DBS) is available for people ages 18 and older with drug-resistant epilepsy who may not be candidates for epilepsy surgery. It may be used for focal or focal-to-generalized seizures.2

A DBS device is placed by a neurosurgeon. It works by providing electrical stimulation in the brain to reduce seizure frequency or severity. A DBS is set and programmed by your doctor and can be changed as needed.2

In studies, DBS achieves a 40 percent to 56 percent reduction in seizures. Possible side effects of deep brain stimulation devices are dependent on the site of stimulation and include:2,6

Things to know about neuromodulation devices

There are several practical issues related to these devices, such as:3,5

There is a fourth neuromodulator device for epilepsy sold in Europe, but in the United States it is only used for children with ADHD. It is the trigeminal nerve stimulation (TNS) device. It is still under study in the United States for use in people with epilepsy.4,8,9

What Is the Postictal State of a Seizure?

Types Of Seizures: What Should I Know?